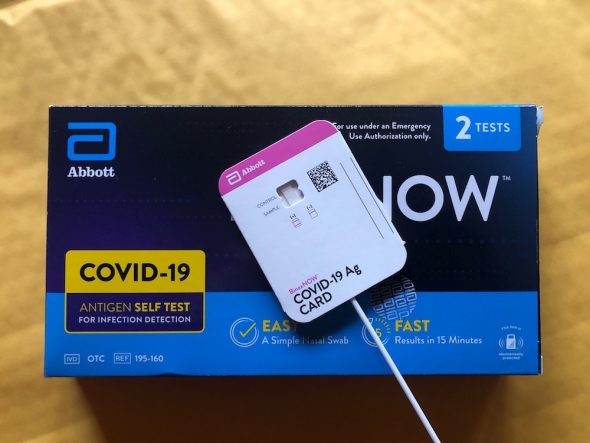 It’s been a while since I’ve written – the end of Aug. 2021 was the last column. Not for lack of things to say, but work intervened. A colleague, Scott G. Nelson from Virginia Tech University, and I have been frantically polishing a manuscript we have been co-writing for the past year and a half, one in which we look back at the Trump administration’s handling of the pandemic and what that foretells for the future of the country.

The book, “Citizenship After Trump,” will be out in April under the publishing label of Routledge. Don’t blanch at the price of the hardcover; let’s just say we recommend the paperback and have already ordered copies.

One of the difficult things in writing a non-fiction book like this about contemporary events is that you have to pace the tone so it is relevant and timely when it comes out, which is usually a year or two after you have been writing. When we began writing in the spring of 2020 the pandemic was in full force and we were all more or less locked down, getting used to Zoom meetings and teaching and venturing out only timidly. By the beginning of 2021 there was considerable hope in the air, thanks to the advent of vaccines and a new administration. And by summer of 2021 there was reason to think that life would soon return to some recognizable version of normalcy, or at least 75 percent of it.

Classrooms began reopening – under caution and masking but open nonetheless. It was relatively safe, or at least safer, to venture out shopping, seeing friends and family, getting haircuts and even traveling. Sports arenas, both indoor and outdoor, began filling up, though frankly I have not felt comfortable returning to them and have not attended a game in two years. But the point was, there were some realistic grounds for thinking, or hoping, that there would be a “post-pandemic era.”

All of that has now ground to a halt thanks to Omicron. The latest variant of the corona virus is simply too mobile and too transmissible for us to rely upon the kinds of measures that had come to prevail in the fall of 2021. More and more schools are now back on (temporary) shutdown as administrators try to figure out what to do about mask policy and vaccine mandates. Hospitals are seeing a spike in admissions, most of them from non-vaccinated patients. All of us, regardless of politics and partisanship, have to be meticulous in our behavior to keep distanced, stay masked and avoid potential super-spreader events.

The scary thing is that even that renewed level of caution might not be adequate to avoid getting infected. Such is the cunningness of Omicron to transgress barriers.

All of a sudden, friends and acquaintances of mine who had successfully avoided infection from COVID-19 and Delta are getting swept up by Omicron.

Hospitals are overwhelmed with Omicron admissions, the vast majority of them unvaccinated. Nurses and doctors now face a massive overload of the system. That also poses a serious threat to the everyday folks who, even if they remain free of the virus, might need emergency medical services, whether for stroke, heart attack, fracture or acute illness.

Many medical professionals now confront an additional threat – not only from the virus but from the abuse and invective of patients and their families. Many of them, having ingested the poisonous partisanship of right-wing propaganda that dismisses the pandemic as a hoax and sees the medical science community as the real enemy, refused to get vaccinated or wear masks and now resent having to endure treatment.

The pandemic has taken an immeasurable toll, not only in lives lost and health debilitated, but also in emotional well-being. Youth have been deprived of the standard rituals of personal growth, maturity and social interaction. Whole professions have been turned upside down if not crippled: the performing arts, restaurants, education, transport, professional sports and health care.

The hard part to accept is that there are measures we can all adopt to reduce and mitigate the threat of infection: mask wearing, social distance, vaccines, testing. The problem is that all of this requires a renewed federal and state commitment and, more importantly, renewed patience by the public. There are too many forces of dissension out there that gain in power by exploiting the exhaustion and frustration that people feel right now. That’s when a certain fatalism threatens to set in that can be easily mobilized into rage and reaction by irresponsible demagogues.

That’s where we are right now, on the edge of such a possible mobilization. On this, the anniversary week of the first publicly attempted coup d’état of the country, organized from within by the highest level of the government, we would do well to remember the basic efforts of everyday citizenship required to save and renew our democracy. The real home testing is not just for Omicron; it is also for our future as a civil society.