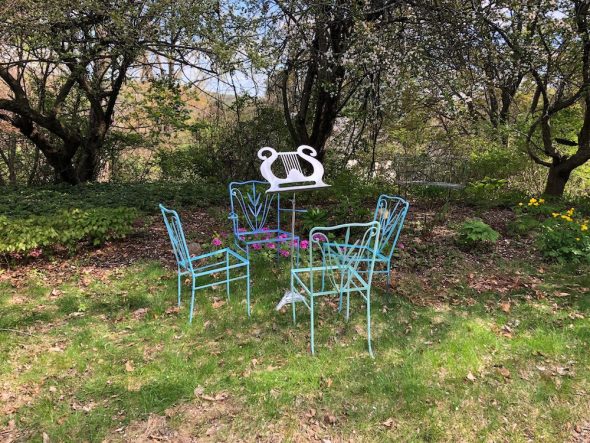 It would be nice to hear live music again. I was reminded of this yet again the other night when my wife and I sat down in my study to “attend” a live dance concert with the Texas swing band “Asleep at the Wheel.” Ray Benson, the band’s tall, bearded greying front man, led the octet in a selection of some of its most recognizable numbers – “Route 66,” “Boogie Back to Texas” – from a ranch resort outside Austin. The show, with virtual access costing $25, was promoted as “live,” though you could feel some of the artifice of the performance. It’s hard to muster the ambiance of a dance hall when, per the rules of social distancing, you are playing only to an audience of cameras, not real people.

It will have to do, for now. Which is exactly the problem with all the other efforts at reclaiming lost aspects of our lives. There’s no better symbolism of the forced nature of the simulacrum that passes for returning to a semblance of normalcy than the way Major League Baseball has revived itself this (half)season. Empty ballparks, many of them “populated” with cardboard cutout spectators in the front rows, and the accompanying crowd noise culled from the game’s own official video game, MLB the Show. Befitting the contrivance, there will be no booing – which undercuts the whole point of watching the Houston Astros, or having Rudolf Giuliani throw out a first pitch.

Music in particular, theater in general and spectator sports overall are getting clobbered this year, with little relief in sight. Audiences are left with all too much free time. Meanwhile, the effect on performers is devastating since their livelihoods are at stake and there’s little alternative to live performance. Thus the effort of “Asleep at the Wheel” to recapture a bit of the momentum, as well as some of the lost revenue.

The last few years I have tuned to a lot of music via video. Most of it has been through YouTube, where I’ll pull up “Queen” live at Wembley Stadium from 1986 (not just the 22-minute Live Aid performance from the year before) or “Brooks & Dunn” at Cain’s Ballroom in Tulsa from 2005 and let the music blast while I write. The depths of discovery on this medium are amazing, with some of my newfound favorites being the Swedish jazz trombonist Gunhild Carling or old tapes of bluesy gospel guitarist Sister Rosette Tharpe.

I miss live concerts. Not that we went to a lot of them. They had gotten way too expensive. But the ones we went to were memorable – or at least now, as I look back, I can remember something from most of them and recapture the feel of having been there. My wife is more of a folk person, having sung in coffee houses when she was younger. I’m much more basic hard rock. But there was a great moment perhaps a decade ago at a Springsteen show in Hartford where, half way into the second song, she turned to me and said “I see what you mean.”

There’s a connection made in a live performance that is not otherwise available on tape or video. Like the time last year we saw “The Yardbirds” at a tiny club in Northampton, Massachusetts – The Iron Horse – and it turned out the drummer was the one remaining presence from the original legendary 1963 lineup.

I always enjoyed listening to classical symphonic music and the occasional opera but did not have the ear or the heart for it that my father did, who maintained a presence as second violinist in a community orchestra for 50 years. I tried, having studied clarinet from the sixth grade and getting barely proficient enough to have played in high school band and orchestra. I undeservedly reached a pinnacle in 1970 when, as a junior in high school, we played for our high school’s graduation at Carnegie Hall. I will never forget the sound, the perfect tone, of those initial tune up notes as they reverberated through the hall. My only regret then was that my father, who was in the audience watching my older brother graduate, was not the one on stage playing.

It’s easy to recall years of concerts I attended – at the Fillmore East, the Wollman Skating Rink in Central Park and at arenas around the country. The best lineup I ever saw came in 1971 at the Academy of Music in Manhattan when “Yes” made its American tour debut, opening for “King Crimson” and “Procol Harum.” I saw a lot of bands back then, wrote rock reviews for my college newspaper, and even had the honor one night at SUNY-Binghamton (where I was on the concert management committee) of setting up the drum kit for the “Beach Boys” – though they were without Brian Wilson back then in 1972 and sounded bored to my ear. Now I listen to “Pet Sounds:” and watch concerts of it from a decade ago led by Brian Wilson’s own band and marvel at the complexity of the album and wish more of rock music had stayed in that direction.

And I’m just a fan of the genre, not one who makes a living at it. At least we get to relive moments and retrieve memories. For those in the business it’s a terribly difficult time. For those of us waiting to fill theaters and experience the excitement of a live performance, it’s yet another reminder of what has been put on hold.