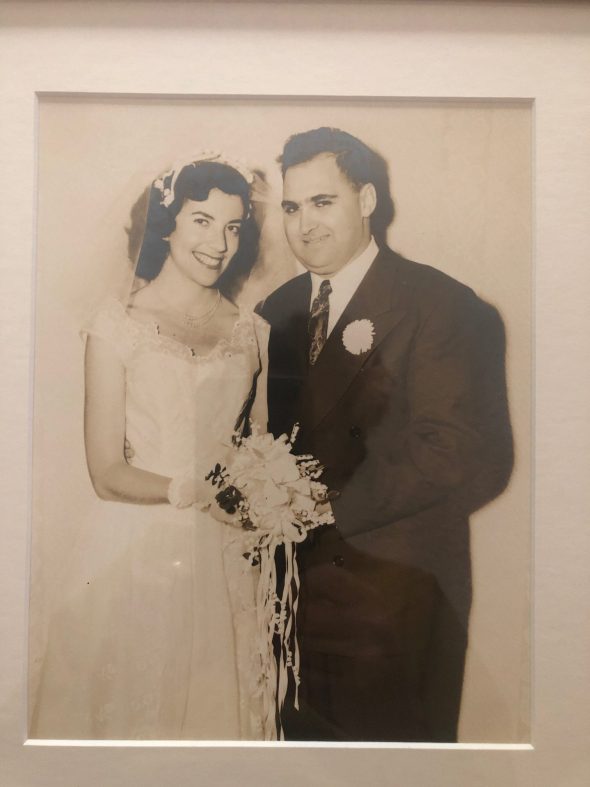 I’m not sure I have ever properly thanked my mother for giving birth to me. But at least I finally found a way to show my appreciation.

It took eight months, but we finally got her into an assisted living place she’s comfortable in and that can meet her needs. Along the way I left behind a trail of documents, scanned forms, faxes, emails and phone messages, as well as checks for legal fees and various communiques with bureaucrats at Medicaid.

I was not fully aware of the emotional toll the process had been exacting on me until I got word Thursday morning from her new home that my mother had actually made the move and was settled in. The feelings I expressed, evident in my tears, were a complex mix of love, hope and relief. It did not take long for them to transform into a sense of guilt as well, for I also began to feel complicity in warehousing her. Such are the dilemmas of the elderly in our society and of our role, as both their offspring and their guardians.

I have no idea how people without strong family support are supposed to negotiate the nightmare of paperwork and complex rules that stand in their way. And that’s in so-called normal times. The COVID-19 pandemic made everything far more complicated because administrative offices were closed. Given the extraordinary morbidity rates that tore through the New York City elder care system in March and April of this year, I kept worrying that the bureaucratic sclerosis was needlessly endangering my mother’s health and that she could easily die before the process was completed.

My parents, Alberta and Milton Klein, had spent 56 years in the only house they ever owned, a small, two-storey in the southeastern-most corner of Queens, N.Y. They had accumulated modest retirement savings, enough so they could move into an assisted living facility nearby in Kew Gardens, Queens, where they resided together until my father’s death in 2011. They chose it because it was a Jewish-run facility that kept kosher. Strange, since they hadn’t expressed any interest in observing our religion, other than having us get bar-mitzvahed. Since then, my mother managed decently enough in a place that offered only minimal care and that was neither Medicaid qualified nor able to handle very needy people.

Not surprisingly, she always complained that the place was all but closed down on Jewish holidays. She also oscillated wildly about the food, hating it one day and loving it the next. A big complaint was they would not serve milk in her coffee when the main dish was meat. I did not have the heart to point out this was a staple of kosher food law.

Meanwhile, the real issue to me was that the clock was ticking – on her savings, her ability to pay, and her medical needs. Over the years I had discussed with my two brothers (both of whom live on the other side of the country) the need for us to get together on proper long-term planning for Medicaid eligibility. In retrospect we should have taken more decisive action earlier. But that’s a complicated story. The point is, at the beginning of this year we finally did.

Being the son who lived closest to her I had long ago established technical authority over her life via power of attorney, medical proxy and financial oversight. In this last capacity I was able to watch online as her financial burn rate brought her closer to the Medicaid spend down level.

I knew she could not stay where she was, and so I started looking for a new place – an assisted living facility that was Medicaid eligible and that she would feel comfortable in.

She had been born in Brooklyn, had lived seven decades in Queens and wanted to remain in the New York area – ultimately to be buried with her husband/my dad out on Long Island amidst a vast cemetery where we had secured a plot (section 5, row 5, Grave 21R, Block 12) through The Workmen’s Circle.

Finding a new place proved difficult. She is still able to get around with the aid of a walker and always enjoyed the feel of the active shopping, banking and dining (a bagelry, pizzeria and NY-style diner sufficed) that was within a block or two of her residence. Reproducing that sense of immediacy was tough, as I found out during two days of touring facilities in the metropolitan New York area. My mother’s sense of freedom in a recognizable neighborhood was a crucial part of her well-being. It contributed to her alertness and to her overall state of mental and emotional health.

What I had not calculated was how much of her ability to negotiate Kew Gardens was based on a kind remnant memory that had been implanted over the decade when she had been relatively alert. In the last few months of enforced isolation during the pandemic she had appreciably declined.

She could still function on familiar grounds. Learning new terrain would be much harder. Plus her hearing had deteriorated to the point where during phone calls she did a lot of hollering without ever pausing to listen. All of which saddened me because I was unable to provide the normal assurances of a direct visit. It saddens me that I cannot do this safely. It also maddens me that our civic leaders have failed to understand how scared and vulnerable the elderly are.

Too many of the places I scouted were blocky, compartment-style buildings with little opportunity for the residents to engage in the community. They felt more like holding tanks than homes. One, in particular, on Long Beach, overlooking the Atlantic Ocean, was such a fetid hellhole of urine-saturated bedlam that I filed a formal complaint about it with the New York State Department of Health and Senior Services.  It took five weeks just to get acknowledgement of the complaint; after eight months I received official notification that the place was deemed to be “cooperating” and in compliance. I pity the residents.

There were, however, a few promising places to consider. One of them, near her birthplace in Brooklyn and within walking distance of retail, fell through because they judged my mother in need of more care than they were designed to provide. This made me wonder more about their business model than about my mother’s condition. How would these facilities, accustomed to getting by financially on a certain level of social and medical services, ever again be able to meet the needs of a client base whose health and welfare had significantly worsened through months of quarantine?

Finally, she found a place – a nondenominational one. Though I must say, based upon their outreach and willingness to go out of their way to interview my mom, a place found her.  She moved in on Thursday. When I finally reached her over the weekend (her phone has yet to be installed so she called from the office) she was joyous in her appreciation of her new home the praised the only thing that really matters. “The food is great,” she said. “Sausage for breakfast! And they serve milk in the coffee.”

She has little idea of what it took to get her there. Nor does she have much understanding of the circumstances of the pandemic that has shuttered things down for so long. She cannot see well enough to read, and has trouble following the clatter of TV news – but then who doesn’t? All she knows is that she’s tired of having to wear a mask.

At least she’s now in a place that can keep her safe and that can feed her well. It’s the least a son can provide, even if only from afar.